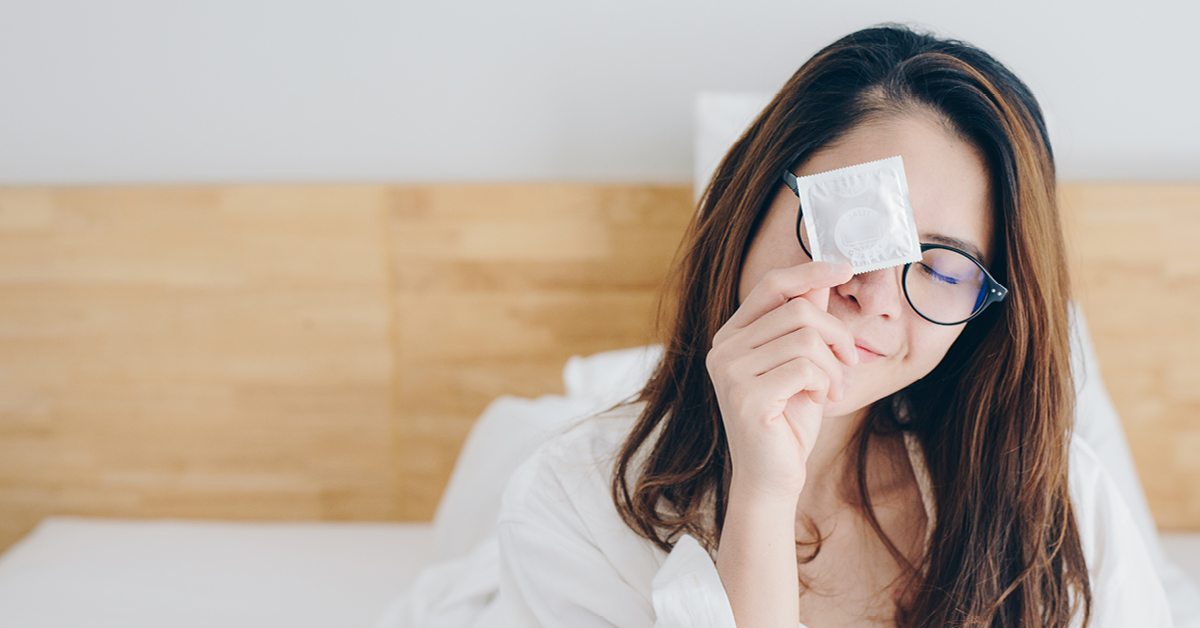 While today we’re spoilt for choice when it comes to contraception, the birth control pill only came to the market 58 years ago. We look back to see how far we’ve come.

Not so long ago it wasn’t easy to prevent an unwanted pregnancy – abstinence or withdrawal were the main options. The evolution of birth control options changed everything.

According to the National Institute of Child Health and Human Development (NICHD), birth control methods work in a number of different ways:

“Your choice of birth control may be guided by several factors,” says the NICHD. “These include your age, health, frequency of sexual activity, number of sexual partners and desire to have children in the future.”

The condom, one of the most commonly used methods of birth control, had its origins in ancient times. The use of the very first condom was recorded in 3000 BC – it was inserted into the vagina and made of goat’s bladder. Penile sheaths and caps made of a variety of materials were also used in ancient civilisations. In the mid-1800s the first rubber condoms were made, a result of Charles Goodyear’s discoveries around vulcanising rubber. Yet they were soon outlawed and only available on the black market until around 1918 when they were legalised in the USA, around the same time as the advent of latex.

It was only in 1960 that the birth control pill was approved by the FDA (Food and Drug Administration) in the USA. Named Enovid, the first pill was subject to numerous regulations. Access was strictly limited and massive stigma surrounded its use, especially outside of marriage.

While restrictions were largely lifted in the 1970s, birth control pill sales dropped during that decade with the discovery of worrying side effects. There were reports of blood clots, increased risk of heart attack and weight gain due to the extremely high amount of oestrogen (when compared to modern combination oral contraceptives). By the late 1980s, pills with lower hormone content came onto the market and posed far fewer dangers. In the 1990s the pill was also found to reduce the risk of acne.

An IUD is a small, T-shaped birth control device that is inserted into a woman’s uterus.

Their use increased in the US from the 1950s. An early version of the IUD called the Dalkon Shield rose to popularity in the early 1970s but was discontinued due to various complications.

Today, the IUD is one of the most reliable forms of contraception on the market. It is as effective as surgical sterilisation but reversible – a form of long-acting reversible contraception (LARC).

IUDs reduce the likelihood of a fertilised egg implanting in the uterus. There are two types of IUDs that prevent sperm from fertilising an egg. Copper released into the uterus from a copper IUD works as a spermicide. Some other IUDs release progestin which thickens the cervical mucus, preventing sperm from reaching the egg.

First used internationally in 1983, the implant is today known as one of the most effective forms of birth control. In South Africa, Norplant, a hormonal implant that provides birth control for up to three years, is available. Norplant is a hormone-carrying rod about the size and shape of a matchstick, and is made of silicone. It’s inserted under the skin, normally in your upper non-dominant arm under local anaesthetic.

There are currently major moves towards creating male birth control gels, injections and pills that suppress testosterone production as well as other hormones required for sperm generation. Longer-term studies are needed before they are cleared to enter the market. There is also research on female-controlled birth control methods that protect against sexually transmitted diseases.

Dr Avril Moodley, a gynaecologist and obstetrician at Mediclinic Midstream shares the following insights on finding the right contraceptive for you:

Breast cancer is the most commonly diagnosed cancer among women worldwide. What are its symptoms? Are you in danger of contracting this disease? And what can you do to change

Anneke Landman was fit, healthy and young – shocked by her sudden cancer diagnosis. Here’s how she beat the disease. For Anneke Landman, breast cancer began as a nagging thought

Being diagnosed as infertile doesn’t mean you can’t fall pregnant, it just means something is preventing you from conceiving naturally.   What is infertility? ‘Doctors define infertility as the inability to conceive

2 Responses to “Birth control: contraception methods then and now”

HPV symptoms and effects may differ between men and women