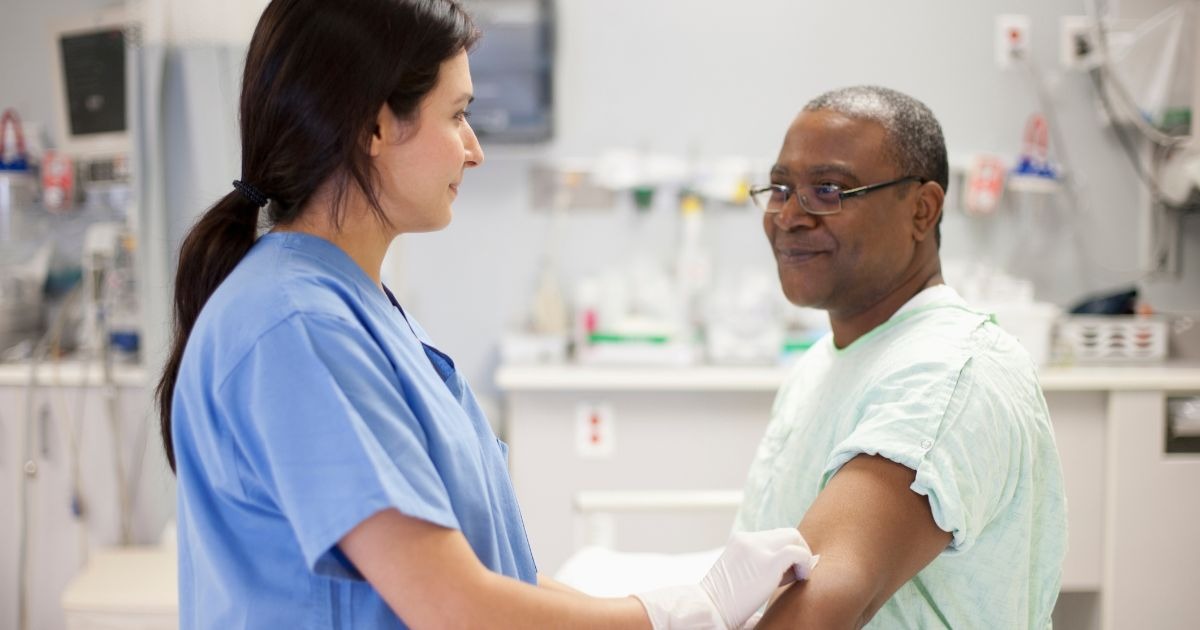 Blood disorders are conditions that affect any of the four components of the blood:

You probably already know malaria is contracted from the bite of an infected mosquito. What you may not know is that it is a blood infection – and the bite transmits a parasite which infects your red blood cells. These red blood cells will rupture, causing the chills, fever, and organ damage associated with the disease. If you’re travelling to an affected area be sure to take precautions. If you develop symptoms or feel unwell after visiting a malaria area, seek urgent medical attention.

This is a Vitamin B12 deficiency. Vitamin B12 is required for the production of your DNA and red blood cells. Pernicious anaemia is characterised by decreased red blood cells because of your intestines inability to absorb the vitamin properly. This can be caused by an autoimmune condition, or a weakened or thinning stomach lining. Anaemia (deficiency of red cells or of haemoglobin in the blood) and nerve damage can eventually result.

INFOGRAPHIC: Are your gut bacteria making you sick?

This is a cancer of the blood where white blood cells – called plasma cells – become malignant. The cells multiply and excrete substances that eventually lead to organ damage. There’s no cure for multiple myeloma but stem cell transplant and/or chemotherapy can prolong the life of the patient.

Platelets assist in the clotting of your blood to stop bleeding. A person with idiopathic thrombocytopenic purpura will have a persistently low number of platelets in their blood. Most people with this condition won’t present with any symptoms, but abnormal bruising, bleeding or unusual red spots can result. In more severe cases, spontaneous bleeding from the eyes, gums, or bladder can occur.

According to Dr Jacques Janse van Rensburg, a haematologist at Mediclinic Vergelegen, a pulmonary embolism (PE) is a blood clot that forms in the venous circulation (the parts of the body where blood has to flow back to the right side of the heart). The venous circulation could mean the legs, abdomen, close to the heart or inside the lung.

“All the blood that has to come back to the heart is pumped to the lungs. The lungs then add oxygen to the blood that goes to the left side of the heart, which pumps it into the rest of the body. In the process the lungs act as a filter for the clot,” explains Dr Janse van Rensburg.

Deep vein thrombosis (DVT) usually occurs when the blood clot develops in a deep leg vein. DVT and PE together are known as venous thromboembolism (VTE).

Are you at risk for pulmonary embolism?

Having a baby during lockdown

Having a baby should be a positive experience, even during a pandemic. Discover how Mediclinic ensures you ­– and your newborn – stay safe.   Cape Town mom Roxy Cullinan

Managing diabetes during the COVID-19 pandemic

How does Type 2 diabetes affect your COVID-19 risk? COVID-19 is a disease that affects different people differently – and while some people may be relatively unaffected, there are risk

What process should I follow if I’m concerned I have COVID-19?

Concerned you may have contracted coronavirus disease? Here are the steps and precautions you can take to protect yourself and others.    COVID-19 is an enigmatic disease that affects individuals

How to prevent a heart attack - according to science

Everything you need to know about vaccinations