Chanel de Wet is a young woman with a radiant smile. It wasn’t always this way.

Imagine being unable to smile. Imagine speaking with a lisp, and struggling to eat or drink, because you can’t move the muscles around your lips, on one side of your face. Imagine living with one eye permanently open, even while you sleep.

For almost a year, this was Chanel de Wet’s life. “At night, I would have to tape my eye shut,” she says. “In public, I would hold my face in my hand, to prevent it from sagging. I would eat something, or drink something, and it would drip out of my mouth. So I withdrew from everyone and everything, friends, even family.”

In November 2017, Chanel underwent surgery to remove what doctors believed to be a schwannoma – a tumour that grows in the sheaths of nerves in the peripheral nervous system – from the right-hand side of her neck. She walked out of the operating theatre to the worst news of her life: doctors had completely severed the facial nerve, otherwise known as the seventh cranial nerve, which controls the muscles of facial expression. She was 20 years old – and she was permanently paralysed on the right side of her face.

After the procedure that left her with facial paralysis, Chanel’s family was told to wait for the nerve to regenerate on its own. Six months later, it was clear that was not going to happen – and so they rallied together, searching online for any signs of a potential solution.

They found it in the form of Professor Frank Graewe, a plastic and reconstructive surgeon at Mediclinic Louis Leipoldt who helped develop the Stellenbosch University Division of Plastic and Reconstructive Surgery into a centre of excellence for breast reconstruction and a leading centre in microsurgery – and played an integral role as a microsurgeon in the world’s first successful penile transplant, performed at Tygerberg Hospital, in 2014.

Most patients who present with full or partial paralysis of the facial nerve suffer from Bell’s palsy, he explains. Usually arising as a reaction to a viral infection, Bell’s palsy causes muscle weakness in one half of the face. While it generally resolves on its own within a few months, some of these patients may need physiotherapy to help prevent muscles from permanently contracting.

Chanel’s case was entirely different, says Professor Graewe. “We would usually wait for a few months, to see if there is some natural recovery. In this case, that period had already passed by the time we first saw her. So we had to do something, and fast.” That something was surgery.

For a year, she was unable to move her face properly. Unable to smile, to eat or drink properly, to move her eyebrow or close her eye. It was, she says, the most confusing and scariest year of her life. “The procedure was new – it had been done only a few times in South Africa before. So the surgery was scary too, but I had nothing to lose. What I had lost, was already gone. I could only gain.”

From the moment he first saw Chanel, Professor Graewe knew he’d need assistance from specialists he could trust. “First, you need someone who knows the specific anatomical area so well that they’re able to trace the nerve back to the point where it was severed. Then, you need someone with the expertise to access the proximal part of the nerve, or labyrinthine segment, deep within the temporal bone – a very dense area. Finally, you require someone with the surgical capability to graft the two ends of the nerve back together.”

He turned to Dr Louis Hofmeyr, an ear, nose and throat surgeon at Mediclinic Muelmed who specialises in neurotology and otology, subspecialties of otolaryngology, or head and neck surgery. He has a great deal of experience in operating to remove tumours that arise in the brain from the facial nerve. Dr Hofmeyr reconnected with Professor Graewe when he happened to be at Mediclinic Louis Leipoldt, working with a local neurosurgeon.

“We actually went to medical school together,” says Professor Graewe, “so when I was planning Chanel’s course of treatment, he immediately came to mind. We needed his specific expertise. “Her nerve was severed very near to where it emerges from the temporal bone, which means we needed to dig into the bone to find the part of the nerve that was still intact and still functioning”.

Dr Hofmeyr drilled into Chanel’s temporal bone, which is situated at the side and base of the skull, lateral to the temporal lobes of the cerebral cortex, to make a part of the functioning nerve accessible. He also brought in Dr Justus Apffelstaedt, a specialist surgeon at Mediclinic Panorama with an interest in breast, thyroid and parathyroid health as well as soft-tissue surgical oncology, who regularly performs parotidectomy surgery to remove the parotid gland, the major and largest of the salivary glands, in patients who develop tumours in the area.

Within the parotid gland in the cheek, the facial nerve splits into five branches, and by dissecting Chanel’s cheek, Dr Apffelstaedt was able to locate and identify peripheral remnants of two and-a-half nerve branches. Professor Graewe was now faced with two open nerve ends, one in the temporal bone, near Chanel’s ear, and another in her cheek. The challenge: to connect them, and reanimate her facial muscles.

To do that, he harvested a portion of a nerve from Chanel’s leg, and grafted that nerve to the part of the now accessible nerve that was intact in her temporal bone. He then created a new connection using the now-identifiable nerve branches. In this way, the nerve graft acts as a new conduit for signals from the brain. In just over seven hours, the three specialists had accomplished something remarkable: they had operated under a microscope, to reconnect a severed nerve deep in a young woman’s face. But that wasn’t the hard part, says Professor Graewe. “No, the difficult part was waiting to see if it had worked.”

A paralysed facial nerve is one of the worst injuries you can inflict upon a patient, says Dr Apffelstaedt. “If you can’t close your eye, you can go blind. Frequently, a dried-out cornea can become infected – and that is dangerous. And what about speech? When the nerves that control your lips and mouth are affected, you end up slurring your words, as if you’re drunk.” This is no life – particularly for a young woman of 20, he says.

And so the wait to see if the operation had been effective was a stressful one for all three specialists. A nerve typically recovers at a rate of a millimetre a day, or 3cm a month. Chanel’s nerve had 25cm to recover. During that time, Professor Graewe says, it’s only natural to become discouraged by the slow progress.

One day, almost a year after the surgery, he says, Chanel’s father looked at her and said, “Wait, something’s happening here.” 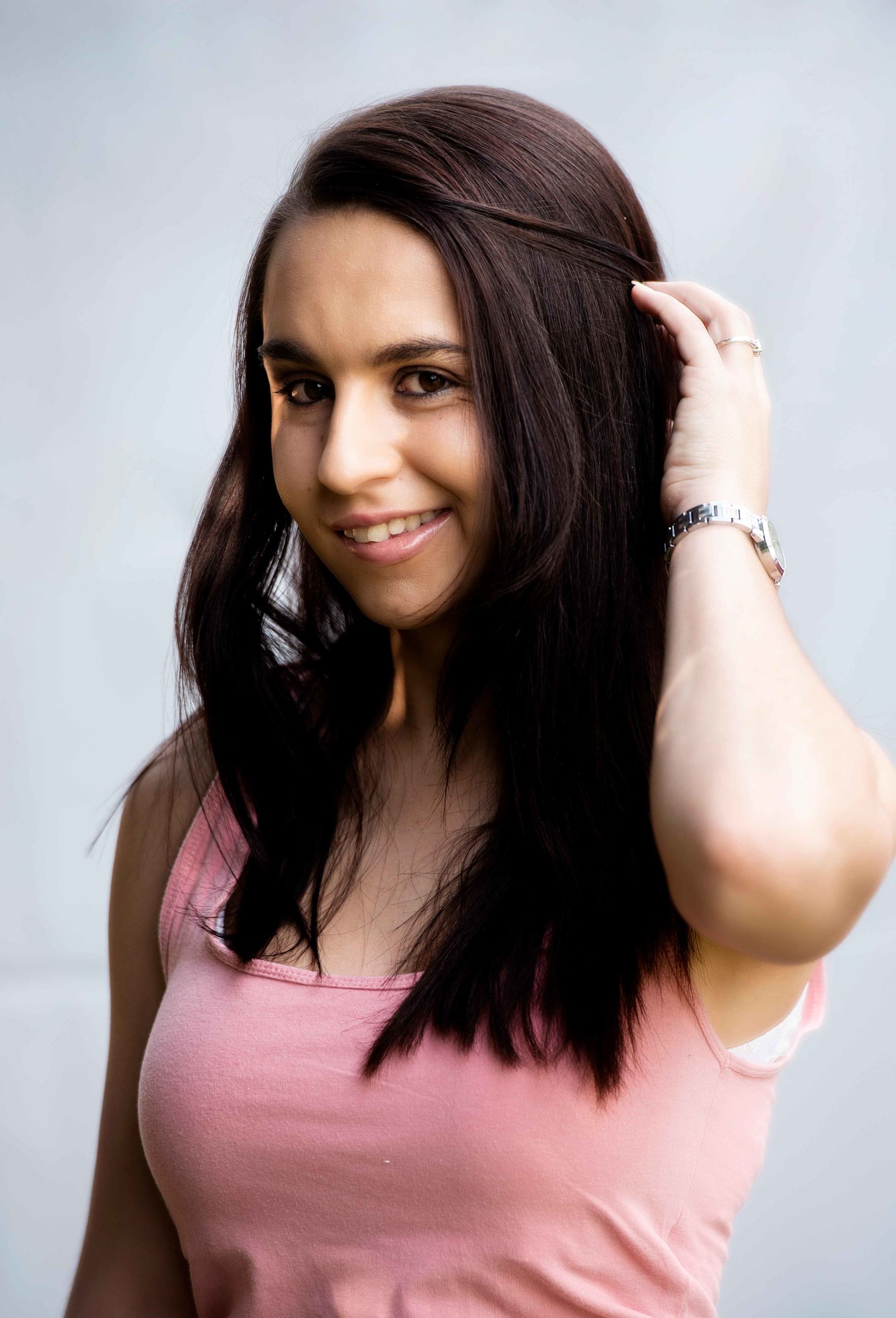 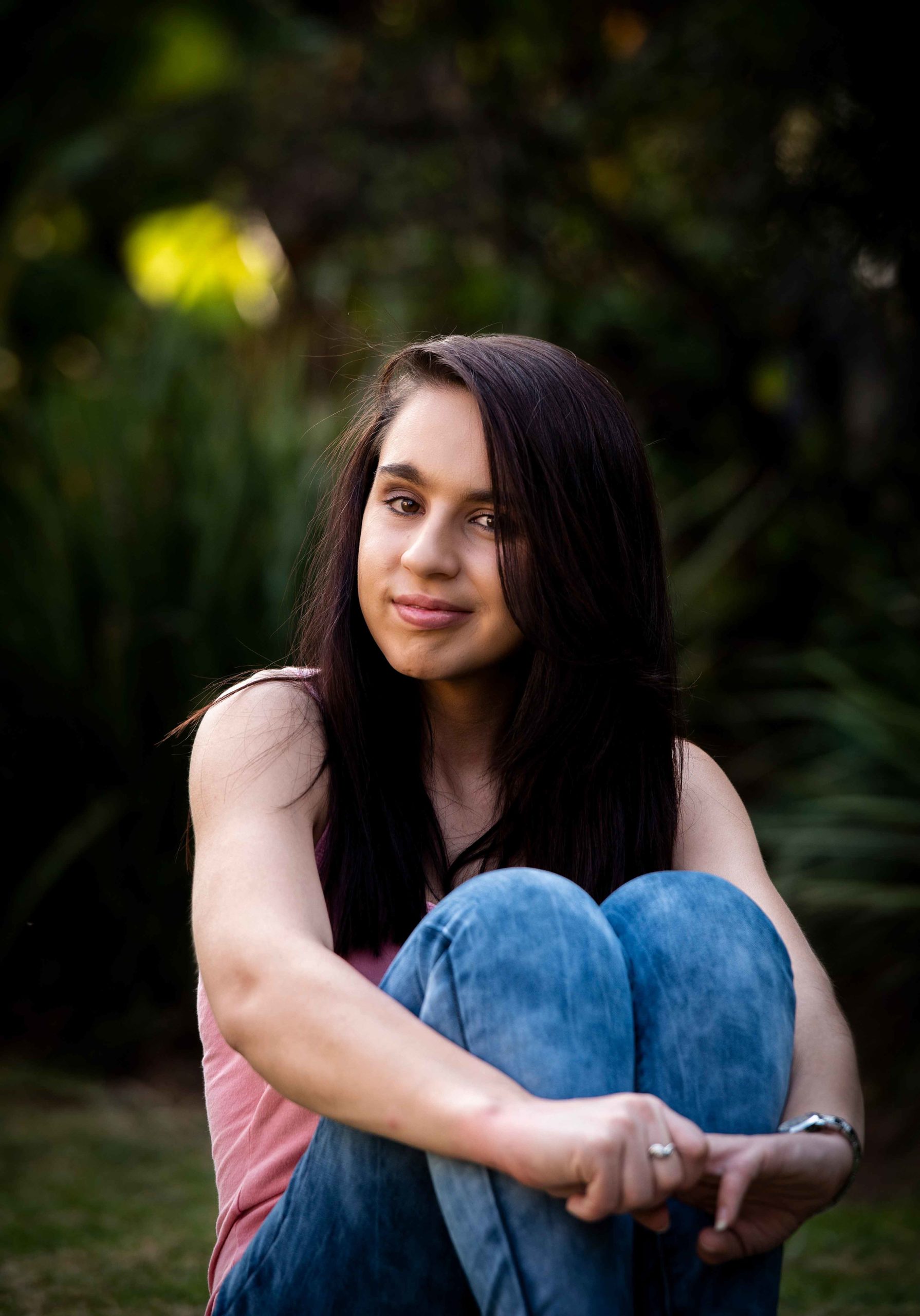 Results like that, Professor Graewe says, don’t just happen. “Facial paralysis can occur for many reasons – trauma, such as an injury after a car accident, even as a result of a stroke. In most of those cases, we aim for partial recovery.”

When the cause of a paralysed facial nerve is unknown, doctors may never identify the specific portion of the nerve that has been affected. Without that information, it can be impossible to determine if the nerve can be repaired at all.

In Chanel’s case, the team of three specialists knew they had an intact nerve to work with. The challenge was finding, accessing and reaching the working ends, and reconnecting them. Even then, says Professor Graewe, doctors are not guaranteed a particular result, and success is never certain. This is why they gave Chanel no more than a 50% chance of a full recovery.

“Occupational therapists and other experts who specialise in rehabilitating the facial muscles are available, and there are exercises that can help a lot,” he explains, “but – even after a successful surgery – the patient must be motivated to do the work, and stay positive. It’s not easy.” Chanel says those exercises, which are designed to keep the muscles moving, are often difficult and sometimes give her headaches. But the work is worth it, she believes.

As a 20-year-old with her life ahead of her, she arrived at Professor Graewe’s practice with not much more than hope. Today, through a mix of expert surgery and a lot of hard work, she has gained her life back. The surgery to repair her facial nerve and reanimate her facial muscles took place in September 2018. Today, she is not only smiling but thriving: happy, excited, proud of herself. “Looking back, I’m happy,” she says. It was a strange year, a very tough period of my life. I’m getting back to myself.”

Save a life in 20 minutes with blood donation [INFOGRAPHIC]

Find out more about how your blood can make a difference and save someone else’s life in just 20 minutes.

Chronic heart conditions start early in life, and quietly – but they’re life-threatening if not diagnosed, managed or treated in time. We look at risk factors and everyday, expert interventions designed to reverse them before it’s too late.

A global pandemic and unprecedented public health crisis has left our operational systems and frontline staff stronger than ever.

What happened next: Annie Bothma

What are Private Fixed Fees?