A pain in the jaw. A tooth abscess. A rare, cancerous tumour. Kelly Hepburn is alive today after groundbreaking surgery – but her journey to the brink of death, and back to health, began almost four years ago.

In 2015 Kelly Hepburn was a happy, bubbly mother of two. She was happily married, living in Phalaborwa. She had only rarely needed to see a doctor. She had never heard of ameloblastoma. Almost four years later, she’s older, wiser, with a slight lisp and a large piece of metal in her jaw. “I’m still surprised at how quickly it snowballed,” she says. “One day I had a sore tooth. All of a sudden, I had a tumour that was a few inches from my brain.” 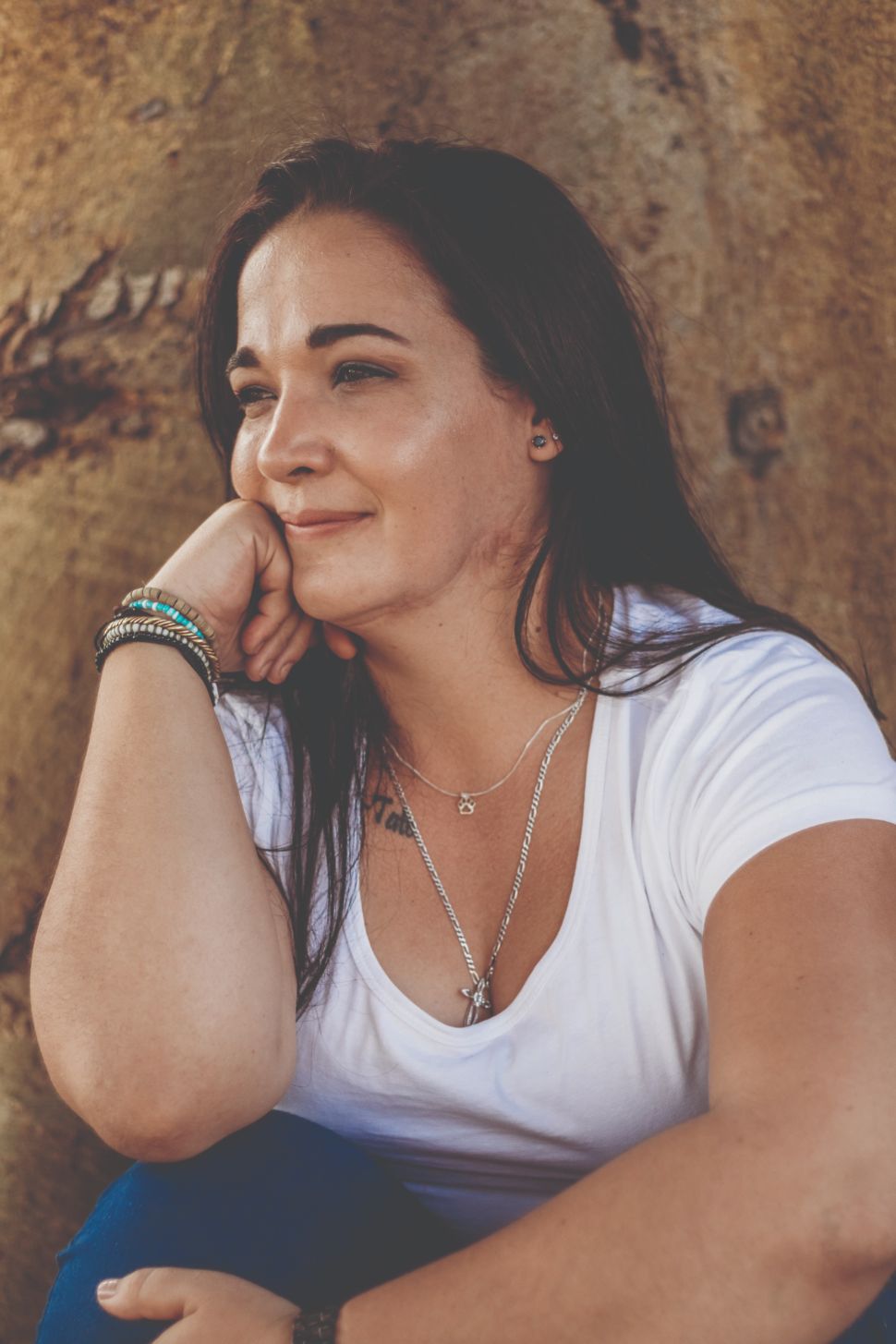 Kelly explains it all started with a piece of biltong. “I felt my tooth crack,” she says. “The side of my face became inflamed, and just kept swelling up. My jaw was hot, red and hard. So I went to a dentist, who said an abscess had started to form. I went back to have the tooth removed, and had an X-ray. When the dentists saw that scan, they turned to me and said, ‘Sorry, but we can’t help you anymore.’”

That initial dentist consultation revealed a tumour on the left-hand side of Kelly’s lower jawbone. This is known as ameloblastoma: a rare form of tumour made from cells that form the enamel protecting the teeth. Slow-growing, benign and typically painless, these tumours can go for months or years without presenting noticeable symptoms.

Left untreated, however, ameloblastoma can spread to the lymph nodes, lungs or skull. And when that happens, it can be fatal.

Dr Hermann Kluge, Kelly’s maxillofacial and oral surgeon, who is based at Mediclinic Kloof in Erasmuskloof, Pretoria East, says these tumours are usually noticed by accident, when doctors conduct imaging scans to pick up other disorders in the area.

“We can’t be completely certain where these tumours originate,” he explains. “They might develop from the dental organ, which produces enamel, and some experts believe it may be a type of basal cell carcinoma. So the precise point of origin is unknown. What we do know is that an injury – suchasa cracked or impacted tooth – can raise your risk of it spreading, quite considerably.”

Kelly was referred to a specialist in Vereeniging, who gave her some bad news: the tumour had been in place for about three years, and there was no way of knowing how far it had spread. Standard forms of cancer treatment, such as chemotherapy or radiation, are known to have no effect on ameloblastoma. Kelly’s only option was to have the mass surgically removed – and soon.

“I was shocked. Before I cracked my tooth, I had no signs that anything was wrong. The doctor said, ‘If you don’t have this tumour taken out, you can die.’ ”

Because the tumour had grown into the jawbone, surgeons needed to remove the affected part of the mandible, as well as the condyle: the rounded end of the bone that allows the jaw to open and close properly. In addition, doctors would need to be aggressive, as there was no way of determining precisely how far the ameloblastoma had spread. To be e ective, the surgery would have to be invasive, and target as large an area as possible, so that the growth did not recur at a later stage, or present in another area.

This surgery is known as radical resection of the bone, targeting not only the tumour but healthy tissue around it, and can affect facial nerves in the area. This is usually followed immediately by implantation surgery to reconstruct the defects. That led to another challenge: they could not find a doctor who had performed this operation before.

“It was quite stressful,” Kelly says. “At that stage we were not on a medical aid, so our options were pretty limited. And we were on a deadline: the doctor told us, as far as he could see, the tumour was only a few inches away from piercing through my skull.”

The initial surgery was performed at the Chris Hani Baragwanath Hospital in Johannesburg. Doctors were able to operate from the inside of her mouth, and successfully remove the part of her mandible that contained the tumour.

They were also able to limit the collateral damage to a single nerve: Kelly says she now has no feeling on one side of her lip. They then fitted her with a plate – resembling a piece from a purple Meccano set – designed to take the place of her missing jawbone.

But soon after surgery, Kelly said she began to notice complications.

“The bottom of my jaw became hot,” she says. “The whole area became swollen, and incredibly painful. It became infected – my body had started to reject the implant.”

Kelly says a mark began to form on the outside of her cheek. “It looked like a pimple, and got bigger and bigger. I went to have it flushed, and to get some antibiotics. But a second hole then formed. And they just wouldn’t stop oozing.”

Local doctors were unable to help. For over a year, Kelly wore large plasters on her face to hide the wounds. “It broke my sense of self-confidence. I’d be walking in a shop, and people would stare, as if something was wrong with me. I became an introvert – I didn’t want to go anywhere, do anything. I even lost my job because of the instability. I was going to doctors all the time, having cortisone shots, never knowing what was happening or if I would get better.”

The scariest part, she says, was the uncertainty. “This plate was only ever designed to be temporary. It could collapse at any time. I lived every one of those days not knowing if it would be my last.”

Another bombshell: in June 2016, Kelly found out she was pregnant. “My husband George actually said, I think you’re pregnant, and I thought, There’s no way,” Kelly says. “But I was. And that pushed my whole timeline out. I just didn’t want to risk having surgery again, especially with all the scans they would need to do, with baby on board.”

Kelly started to see Dr Kluge in 2018. By then, she’d been living with ameloblastoma, and the effects of infection after surgery, for almost three years.

“He was an absolute gem,” Kelly says. “Every time I’d seen other maxillofacial surgeons, they’d said, ‘There is nothing we can do.’ I’d kept a history of my entire medical journey, and handed it to him. I was prepared to have my hopes dashed all over again – but he was genuinely sincere, and said, ‘Don’t stress, we’re going to sort this out for you.’ From the beginning he had a detailed plan of what we needed to do, and he was able to explain it to me in depth, so I had clarity and answers: I knew what the coming months would bring.”

Those answers were difficult to hear. “In a nutshell, he explained that we would have to start over. There was no way antibiotics or medication was going to clear the infection. The way I was going, the wound would never heal.

Without a condyle, my jaw would never open like it should. I would have to walk around with a plaster on my face, and this constant pain, every single day.”

Starting over meant CT scans, and more surgery. Dr Kluge measured Kelly’s jaw to create a new, state-of-the-art, titanium replica of the affected area. He would then need to operate to remove the existing temporary plate before using a hip bone graft to help position and stabilise the new implant. Using tissue from the neck, he would then have to create a flap to cover and heal the holes in her cheek.

“I was terrified,” says Kelly. “Clarity or not, this is a scary procedure. There are major nerves in that area. There is an artery. Anything could happen.”

On 15 January 2019, in a ground-breaking, five-and-a-half- hour procedure, Dr Kluge and his team successfully removed Kelly’s damaged teeth and infected tissue, and implanted a new artificial mandible and condyle. Kelly spent a few days in intensive care, and another two in a general ward, before she was ready to be discharged.

“My recovery has been incredibly smooth,” she says. “My lip is still numb, and I have a small indent – my body has to regenerate tissue I lost due to the infection – and I am still learning how to use my jaw properly, after I went so long without being able to open it all the way. But I have had no complications after surgery at all. We went for a check-up five days after the surgery and the staff who helped remove my bandages could not believe how fast I was healing.”

Today, Kelly feels healthy. This is new. “It has been a long road. I’ve been fighting this for four years. Infection, being sick all the time. Four years of pain. I feel great. That feels like a miracle.”

She also feels relieved. “There was a time where I thought, this is it. No one can help me. I was scared to go to sleep. Would I wake up? Knowing I’m fine now, it’s like being a new person.” 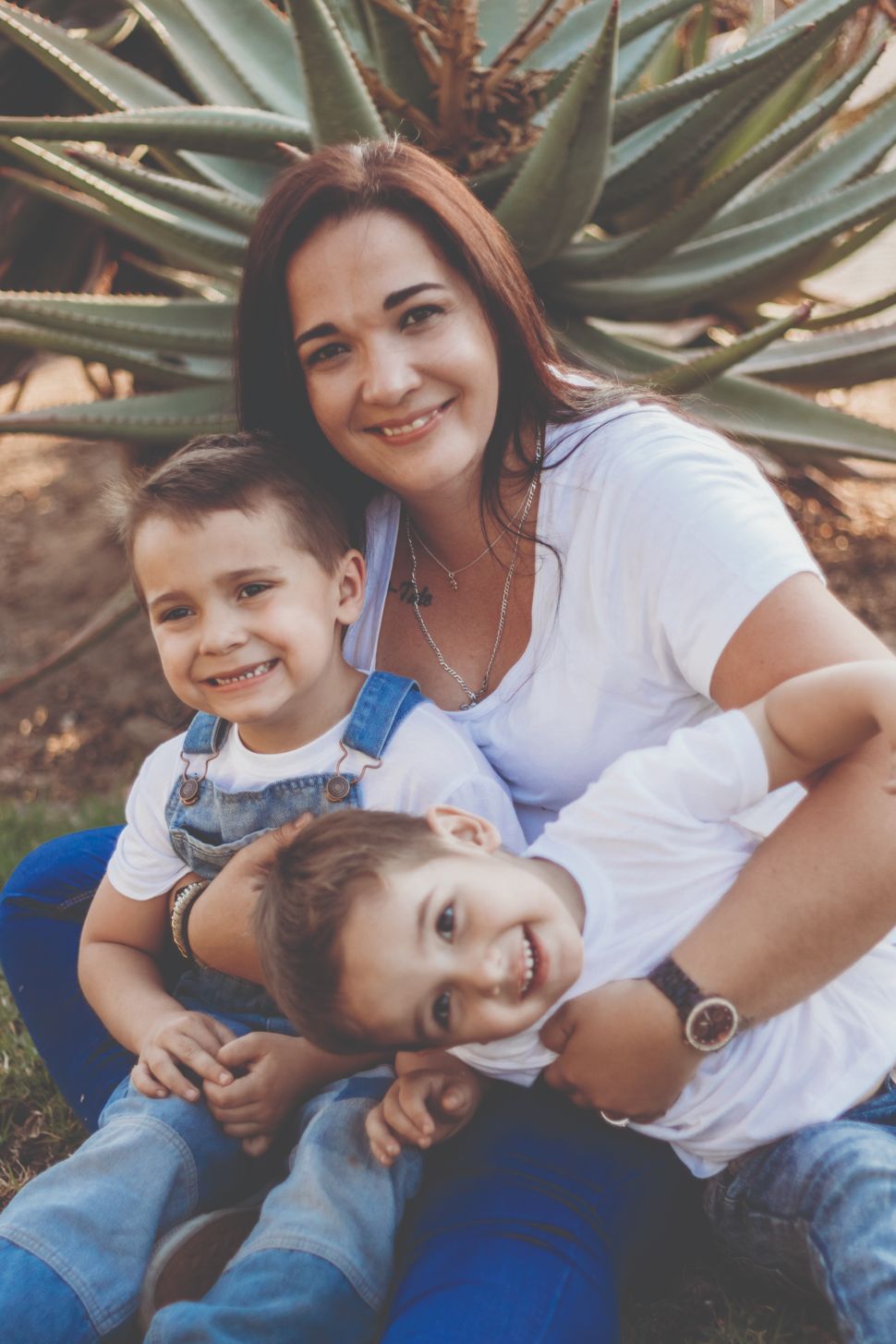 Ameloblastoma is a rare disorder of the jaw involving abnormal tissue growth. It can lead to tumours or cysts in the outer epithelium of the teeth. These are usually not malignant, but tissue growth in the affected area may be aggressive, and this could spread to surrounding areas.

The cause of ameloblastoma is not well understood. Some experts believe that when you injure your jaw and that injury goes untreated, cells in the enamel of the teeth can migrate into the area and develop into tumours. But in general, the origin of this condition is unknown.

Although rare, ameloblastoma does not discriminate, affecting all population groups at all ages, male or female, in equal numbers. While usually painless, ameloblastoma can cause abnormal growth or facial distortion in the sinus or jaw area. Early diagnosis and treatment is crucial.

Doctors will usually rely on X-rays or MRI scans to diagnose the condition. The preferred treatment remains surgical removal, and this is usually aggressive – a large margin of healthy tissue will be removed from the area to reduce the chance of tumour regrowth to a minimum.

If the surgery involves removing part of the jawbone, patients will be fitted with an artificial plate, resembling a tray, in place of the missing bone.

Led by two of the country’s most recognisable public figures, the Kolisi Foundation is doing good, hard work where it matters most: in the everyday lives of ordinary South Africans.

Telehealth empowers new and follow-up patients to connect with their preferred healthcare professionals through video calls and over the phone. Remote consultations are convenient, cost-effective, clinically safe, and best of all, here to stay.

Are your habits hurting your heart?