‘The right psychiatric medication gave me a life worth living’ 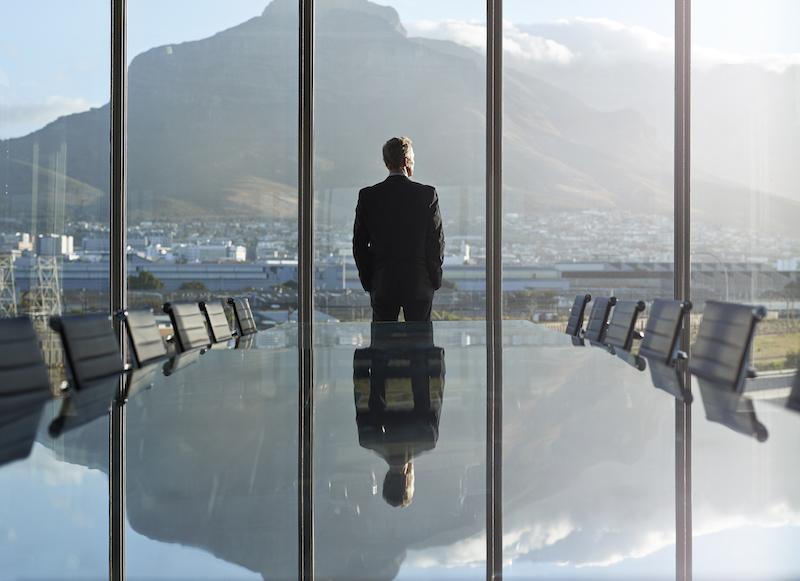 Married father of three Julian Turner always struggled with depression. As life’s pressures got the better of him, he resorted to extreme measures to deal with the pain. Then, after being diagnosed with bipolar disorder – and receiving treatment – his attitude to the world changed.

In South Africa, men are notorious for not talking about the many challenges they face. This was true for senior bank manager and family man Julian Turner who shares how losing all sense of purpose, pushed him to get the help he needed.

It can start young

‘I’ve suffered from depression since as early as I can remember. I often wanted to be alone and asked questions about the point of life.

This became particularly prevalent in my teenage years where my bedroom became my sanctuary. As an adult, I often came home from work, shouting at my wife if things weren’t done or out of place. Thinking back, perhaps that was my way of staying in control.

I am a senior bank manager. Although my work performance was of a consistently good standard, I never reached the heady levels expected of me, which often left me disillusioned.

I used to do things impulsively. As a student, I once took a whole week off to study the whole story, songs and lyrics of The Beatles. I hardly had any sleep during this period. I also obsessively documented the history of South African football, which took me five years to complete.

During these periods of mania, I would work through the night scanning pictures and newspaper articles.

Has to come down

Then I would come down from the high and hit dips where I did no work at all. These episodes could last for up to a week. I struggled to get up in the morning and often used to get to work late. When I eventually arrived at the office, the anxiety and stress would set in.

About ten years ago, I was given a huge responsibility to head up a team of 150 people. My wife, Sheryl, knew I was depressed and anxious. She encouraged me to see a psychiatrist in order to get medication. I knew I needed help to ensure I was seen to be consistent with my leadership of such a big team.

The medication I was prescribed changed my life. I became calmer, more rational and more consistent in my behaviour. My mania seemed to slow down and I no longer saw problems and new projects at work as insurmountable. It made me wish I had seen a medical professional far sooner. However, my new approach to life made me feel I could change the world.

Staring into the abyss

One evening, I told Sheryl that people in my organisation were pushing my buttons. I confided I was worried that if I reacted inappropriately, I could get fired. As a husband and father of three, I was anxious about the dire financial impact this would have on my family.

Three weeks later, my boss came down on me like a ton of bricks for something I wasn’t guilty of. Just as I feared, I reacted badly – with anger and aggression. So I left the office and got into my car, knowing exactly what I needed to do.

Hours later, I was standing at the edge of Kloof Gorge in KZN. For the first time in ages, I felt calm and in control.

I had already transferred money to my wife’s account, sent off emails to people and messaged my loved ones. Then I jumped.’

Miraculously, Julian survived the 80-metre fall without major injury. During rehabilitation for a crushed nerve in his left leg, he was placed under mental observation – and eventually diagnosed with bipolar disorder.

Now on the correct medication for his mental illness, Julian’s life has been transformed.

‘I feel more stable, more consistent in my behaviour and happier than I have been in years,’ he says. ‘I no longer experience the extreme highs and lows. The dark side of life disappeared and the thoughts of suicide have been eradicated. I feel like I have a purpose which motivates me to get up every morning.

Although, I am still prone to depression, I know how to manage it better. If I feel down, I use tools at my disposal to get myself back up – such as making sure I get enough sleep, taking time out and involving myself in a project that inspires me.

I’m not alarmed at being diagnosed with bipolar disorder: in fact it’s a huge sense of relief.

Men with depression and other mental illnesses often don’t acknowledge their emotions – and don’t talk about it. They bottle it all up because of the “cowboys don’t cry” mentality. But there is hope for younger men: the stigma is starting to be broken and it’s becoming okay to talk about your feelings and get proper help.’ Learn more.

“From the moment we fell pregnant with Cayden, we felt he was special. We didn’t know he would become a medical miracle”

Pregnant, with a meningioma brain tumour

Pregnant with her first child Masechaba had a meningioma brain tumour, but she didn’t know it yet.

A remarkable patient, a determined doctor

Angelique Schroder, born with symbrachydactyly, is living proof that where there is a will, there is a way.

Vaccinations – not only for babies!

Could I have malaria?