Home > Cancer > What happened next: melanoma

In 2005, Melissa Taylor was told she had melanoma – and that it was so advanced, there was next to no hope of survival. This is the remarkable story of how she was saved by a breakthrough cancer treatment. 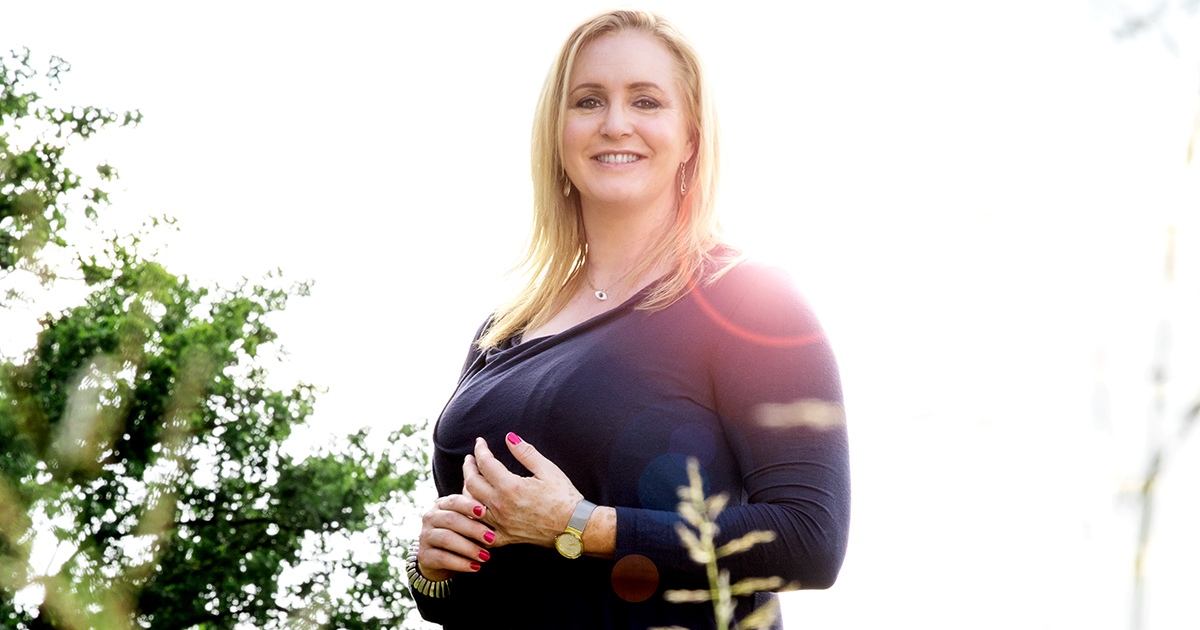 Peering from a bridge into London’s Thames River, Melissa Taylor contemplated the death sentence she’d just been handed. “there is little hope of your being here in five years,” Dr Thomas Ind, Head of the Oncology Unit at London’s Royal Marsden Hospital, had told her. In a moment of defiance, she’d replied, “you watch, you’ll see me in 10 years time.” He kindly said, “well, that’s the attitude to take.” Tears welled as she left his office, and as she sobered to what the doctor had explained, she began to accept the reality: she had malignant melanoma, a form of skin cancer, and it was incurable.

“I’ll never forget that moment, watching the brown water rushing by. I decided then that if five years was all I had, I was going to make them count, for the sake of my family and especially my daughter, Ayrin, who was only four,” Melissa recalls.

That was 2005, two years after she’d found a spot the size of a R2 coin near her heel. It irritated her when she walked, so during a routine visit to her GP, she asked him to check it out. He took one look at it and sent her to a dermatologist, who diagnosed stage 3 melanoma.

Within two weeks of the diagnosis, Melissa had seen doctors, an oncologist and a surgeon to excise the melanoma. Her foot then had to be reconstructed by a plastic surgeon.

By November 2006 – a year after her trip to see Dr Ind – she’d endured 18 sessions of chemotherapy. This had compromised her immune system, and as a result, she got shingles. The chemotherapy and other drugs had proved fruitless. The cancer had spread to her liver and into her lungs. Melissa had progressed to stage 4 melanoma, and was told her life expectancy was probably not longer than six months.

Then, as Christmas 2006 approached, a sudden ray of hope broke through the clouds. Her oncologist, Dr Daniel Vorobiof, the then-director of the Sandton Oncology Centre, based at Mediclinic Sandton, called to tell her she’d been selected for a global clinical immunotherapy trial for advanced melanoma. She was the first and only South African to get on the trial.

Immunotherapy treatments, which in South Africa include the drugs Interferon, Interleukin 2 and Yervoy, do not directly target tumours like traditional chemotherapy. Instead, they help the body’s own immune system attack melanoma cells.

“These treatments have had life-changing results in certain patients with inoperable or metastatic melanoma who’ve been non-responsive to other therapies,” says Dr Vorobiof. While he has retired from clinical practice, he is still active in education with the European School of Oncology. He is also the medical director of Belong, the world’s largest social network for cancer patients and caregivers.

These treatments work by suppressing the mechanisms that slow and stop immune responses. These so-called “brakes” are a necessary part of a healthy immune system, but they may also slow down an immune response before a cancer has been destroyed.

“Advanced melanoma is difficult to treat and in most instances, it cannot be cured,” says Dr Vorobiof. “However, it can be slowed down. The disease is traditionally treated with chemotherapy combinations, radiotherapy and surgery. Depending on the patient’s condition, the melanoma site and the characteristics of the lesions, this can be quite effective.

“Immunotherapy treatments are a medical breakthrough – a whole new approach to the disease – and have saved the lives of a number of advanced melanoma patients,” he explains.

Melissa was enlisted for four treatment sessions, during which the drug would be injected once every three weeks for 12 weeks. After the second session, she ended up in hospital with colitis (inflammation of the colon). When she was discharged, she decided to cash in her life insurance policy and take a holiday with her family.

“In March 2007, I took my husband, my daughter, my mom and my sister on a three-week, bucket-list trip to America. We went to New York, Disneyland and Washington. We had a lovely, memorable time. Yes, my cancer was on our minds – and I had dark spots on my legs to remind me of it – but it wasn’t all-consuming,” she recalls.

When she returned, her follow-up CT scan showed the cancerous lesions had shrunk substantially. Melissa was thrilled. After only two sessions of her Yervoy treatment, the cancer was in remission. “I’d resigned myself to death, gone through the grieving phases of anger and denial then acceptance. And now here I was, embracing my life again,” she says.

Melissa saw Dr Vorobiof every year, and had CT scans at the Sandton Oncology Centre radiology department. At every scan, the lesions grew smaller, and by August 2007, there was no cancer left in her liver or lungs. “I don’t need to go any more, but I still get checked once a year, just to be reassured all is well,” she smiles.

Vitiligo (depigmentation of the skin, causing patches) is the side effect of the immunotherapy treatment that Melissa had, so she has whitish spots on her arms and hands. “But that is a small price to pay. I have my life. And when I look at my arms, it reminds me of what I’ve come through,” she says. Since then, doctors have gained more experience with the drug and can now manage the side effects.

“Yervoy remains an important drug in the treatment of malignant melanoma, but new immunotherapy drugs have now become available, after positive international clinical trials,” says Dr Vorobiof. “Those drugs, called antiPD1 monoclonal antibodies, such as Pembrolizumab and Nivolumab, have been used alone or in combination with Yervoy. Their side effects are more manageable and they are administered for longer periods of time. Thanks to these group of drugs, many more patients can achieve a durable complete remission and live longer. Approximately 15% of patients who are free of disease at five or more years after therapy, can be seen as being cured of their disease.”

Today Melissa, now 45, is thriving in her new job as CEO of Bidvest Catering Services in Midrand. “Ten years ago, I never thought I’d see my daughter go to school, let alone grow up to become a teenager,” says Melissa, a keen golfer who loves the outdoors. One item she is never without is factor 50 sunscreen. “I use an aerosol sunblock and am very vigilant about applying it,” she says.

More than 90% of melanomas are treatable, but there are those, as in Melissa’s case, that advance to stage 4, spreading to other organs in the body.

Cape Town dermatologist Dr Dagmar Whitaker warns that even a small melanoma of 2mm can be a killer if it has a depth of 1mm. This is because the melanoma cells have invaded the cells beneath the skin and are now in the blood and lymph vessels.

“These cancerous cells can then be transported in the blood to other organs in the body, which is why malignant melanoma is a particularly menacing form of cancer,” she says.

Sufferers often have a genetic predisposition to melanoma, but chronic sun exposure is the main culprit. The most dangerous sun damage is done before the age of 18. However, melanoma doesn’t appear only on the skin. It can also appear in mucous membranes in the mouth, sinuses, vagina, rectum and even in the eye.

A common myth is that melanoma affects only the white population. Although it’s rare in darker-skinned people, it can occur under the soles of the feet, palm of the hand or under a fingernail.

The warning sign that a skin spot or mole is malignant is that it changes in colour or shape. “If you notice a spot changing, don’t ignore it. Go and have it checked – not by a GP but by a dermatologist,” says Dr Whitaker. “Don’t rely on melanoma apps that claim to diagnose from pictures of your spot.”

Prevention is better than cure, so minimise your sun exposure, especially between 11am and 3pm. “Never allow your skin to burn – any shade of red is a burn as far as your skin is concerned,” says Dr Whitaker.

She adds that protective clothing is your number-one sun protector, followed by a high-SPF sunblock lotion. “The higher factors protect you for longer. Contrary to popular belief, the factor doesn’t indicate strength but length of time. Applying sunscreen should be as routine as brushing your teeth,” she says.

This is me: Leleti Khumalo